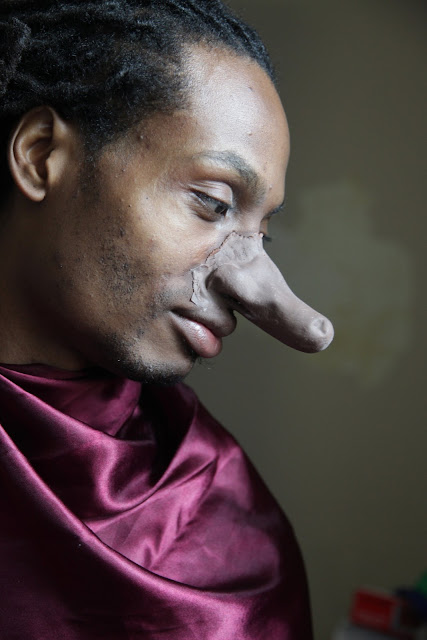 Cyrano de Bergerac will be eligible for parole in 2022. For the time being, he is a vision in Gallic effrontery, pinballing around the stage in the gymnasium at Fishkill Correctional Facility in Beacon, N.Y.

The production of Edmond Rostand’s canonical 19th-century comedy, which enjoyed a well-attended two-day run early last month, was the work of Rehabilitation Through the Arts, a 20-year-old organization that operates in prisons across New York State. The program introduces inmates to theater, dance, writing and other creative arts in the hope of teaching them life skills and improving their chances at success upon release.

Recent productions have included “Our Town,” “On the Waterfront” and “Of Mice and Men,” but the inmates at Fishkill, which sits just off the Hudson River a two-hour drive north of New York City, were eager for a few laughs. When they proposed “Cyrano de Bergerac,” the show’s director, Charlie Scatamacchia, was skeptical. “I thought, yeah, that’s not gonna happen,” he said. “It’s got multiple scene changes, costume changes. It’s got sword fighting. I doubted my ability to direct them, and their ability to pick up these skills in the time we had. I’ve never been happier to be proved so wrong.”

Behind the title character’s plastered-on proboscis and feathered chapeau is Rodney Spivey-Jones, a 35-year-old from Syracuse. Mr. Spivey-Jones, who had never acted before, first auditioned for the role of Le Bret, the play’s narrator. But Mr. Scatamacchia quickly realized that he was a good fit to play the lead — one of the most verbose roles in theater.

Mr. Spivey-Jones is no stranger to addressing a crowd — he helped form an inmate debate team at another prison that beat a team from Harvard in 2015. Still, he had not given any thought to playing Cyrano and didn’t understand how big the role was until he kept getting called back to read for it. As a writer of verse himself, he quickly found his affection for the soldier-poet with the “big-ass nose,” as the inmates’ lightly adapted script put it.

“I think Cyrano, the character, and not just the character but the entire play, it really speaks to how complicated we are as humans,” Mr. Spivey-Jones said. “The range of emotion that Cyrano experiences when he’s in front of an audience — he’s bigger than life.”

When the show went up, Mr. Spivey-Jones realized that he had memorized not only his own lines but every other character’s as well — a handy trick when a castmate ran into trouble, and he could provide a cue on the spot. “I didn’t realize that was something that I was doing until we were performing that play in front of an audience,” he said.

A bigger obstacle than memorization, it turned out, was getting swords inside the prison. Corrections officials nixed various materials, like a hard plastic foil. But a foam-core model that a friend of Mr. Scatamacchia’s found at a shop in Paris did the trick. Mr. Scatamacchia had arranged for a sword-fight choreographer to come in and train the men, but when his paperwork was rejected, Mr. Scatamacchia had to relay the lessons himself.

The cast of 13 men took the setbacks in stride, as people in prison learn to do with most things. Along with a professional actress, Kate Kenney, who played the role of Cyrano’s love interest, Roxane, the crew worked every week through the winter and spring to get the show into shape.

“We just sat in chairs and read the script,” said Mr. Scatamacchia, who is 63 and retired from the music-publishing industry. “‘What are you saying here?’ ‘What does this mean?’ I encouraged them to rewrite their dialogue in modern jargon. These guys are just talking to each other.” Both performances — one for the inmates and another for about 100 outsiders — were well received, despite the periodic interruption of a prison guard’s walkie-talkie. It wasn’t hard to imagine that some of the men were being applauded for the first time in their lives.

The program, which has about 400 alumni who were released from prison, is popular among both inmates and New York’s prison administrators, who have seen its philosophy pay off. Studies of prison-arts programs around the country, including R.T.A., have found that their participants are better behaved than other inmates, earned educational degrees earlier and in some cases are less likely to wind up back behind bars after release — all of which suggests that rehabilitation, which has recently begun to regain traction as a penal philosophy after decades of neglect, is a real and achievable goal.

R.T.A.’s productions aren’t meant to carry any deeper meaning, but in the case of “Cyrano” — about a man who must hide his true, uglier visage behind a more attractive face — it was difficult not to think about the inmates’ own predicament. Ms. Kenney said she thought many of her castmates “identified with the Cyrano character as someone who has so much to offer, all these talents and gifts — this sensitive, unique human being, but all people see when they look at him is his nose. A lot of them feel all anyone sees when they look at them is ‘inmate.’ I think people were seeing themselves in it.”

At the same time, she and the rest of the R.T.A. team are regularly reminded of how the outside world views their work. Mr. Spivey-Jones, for one, was convicted of second-degree murder. Mr. Scatamacchia remembers one man asking, “Do you spend as much time helping the families that were [expletive] up by these guys as you do helping these guys?”

He thinks about the question often, knowing there are people who have been gravely harmed by many of the men he works with, and who “want these men to rot inside for the rest of their lives.”

Mr. Scatamacchia is sympathetic to that emotion, but he pushes back gently: “I understand your pain and anger, but what’s to be gained by locking someone up and letting them rot? Because most people get out, and if we don’t invest time and energy into rehabilitating these people, they’re going to come out worse than they went in.”

After the second performance of “Cyrano” ended and the standing ovation died down, corrections officers led the audience through the large front door of the prison gym and back to the guards’ station, to be processed for release to the parking lot. The actors waited, then returned to their cells.

Jesse Wegman is a member of The Times editorial board, where he has written about the Supreme Court and national legal affairs since 2013.
@jessewegman
Posted by Jonathan at 9:05 AM

Hello,
I really appreciate the thoughts behind this theater programs for the inmates. These kinds of gestures self-help for the prisons after reentering the society and give them the hope and encouragement after release .